Good news, everyone! Sometimes it’s good to complain about things. (Sometimes, we said. Most of the time, it’s just stressful and/or annoying.)

But people who have complained about the size of a certain text box in Star Wars: Knights of the Old Republic managed to maybe make it a smaller text box. Hooray!

Need context? We don’t blame you. The recent re-release of KOTOR for Nintendo Switch was an exciting time, but players quickly noticed that every time they engaged in combat, a huge text box would appear on the screen: 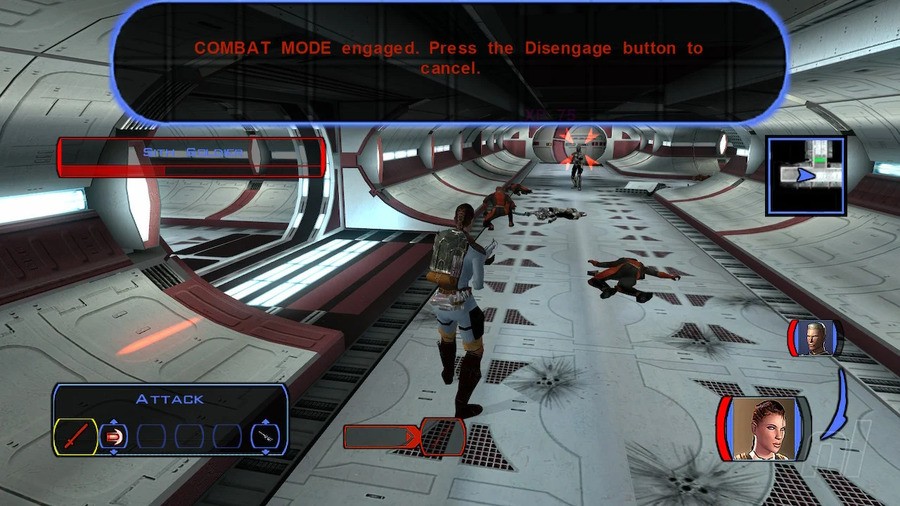 “The combat text field is by design behavior,” developer Aspyr said on Discord, “but we always welcome player feedback!” And player feedback did come as people flocked to the r/KOTOR subreddit to ask for at least one Option to ask to make it smaller.

Aspyr today finally confirmed that the Big Box will be patched “in the next few weeks” in an upcoming update that is currently being reviewed. We don’t know if that means it’s still there, but smaller, or if we can turn it off entirely, but at least it’ll change in some way rather than blocking nearly a third of the screen in handheld mode. We love a happy ending.

Can you come up with a better pun than this slogan? Then go. Prove it in the comments.

SPAC stock ideas for Friday (and beware of the SPAC short...

Neurobiologists identify a new gene that is important for circadian rhythms

Dead by Daylight and Resident Evil Cross this June

Here’s all the juicy gossip from the Epic V Apple process...

SYNTHETIC 2 is an upcoming rogue-lite action title set to dampen...