The Sith are the main antagonists of the war of stars Saga, but they are largely absent from the sequel trilogy as they have apparently been replaced by another religion of the dark side: The Knights of Ren. All conflicts in the Skywalker saga lead sooner or later back to the Sith, especially their deadliest and most brilliant Dark Lord, Darth Sidious, aka Palpatine. The Sith apparently died with Palpatine in Return of the Jedi, but the Emperor survived and so did the Sith Order. With Sith influence once again remaining behind the scenes, the Knights of Ren became the new face of threats to the dark side of the galaxy, with their leader Kylo Ren being the second in command of the successor state to the Galactic Empire, the First Order.

Although the Jedi are the most effective and famous power users in the galaxy and the Sith are the most powerful users of the dark side, the two are hardly the only religions of power in the franchise. The Sith created a faction, the Inquisitors, to use corrupt Jedi as Imperial agents. Star Wars: The Clone Wars contained a significantly revised version of the Nightsisters from the Legends era, which use the dark side in the form of spells. Rogue One: A Star Wars Story introduced the Guardians of the Whills, a power-harnessing religion separate from the Jedi who guarded the Kyber Crystals on Jedha. Given how many religions using power exist in the Star Wars franchise, the introduction of a different dark side group than the Sith in the sequels was fitting.

The Sith orchestrated the Separatist Crisis and Clone Wars in the Star Wars prequels, paving the way for Palpatine to replace the Republic with the Galactic Empire with Darth Vader by his side. After the Sith apparently disappeared at the end of the original trilogy, the sequels featured Kylo Ren, son of Leia Organa and Han Solo, as Vader’s successor and leader of the Knights of Ren. The Knights had only a brief appearance in Star Wars: The Force Awakens and a minor role in Star Wars: The Rise of Skywalker, but their origins and philosophies were expanded upon in the four-part comic book miniseries Star Wars: The Rise of Kylo Ren. 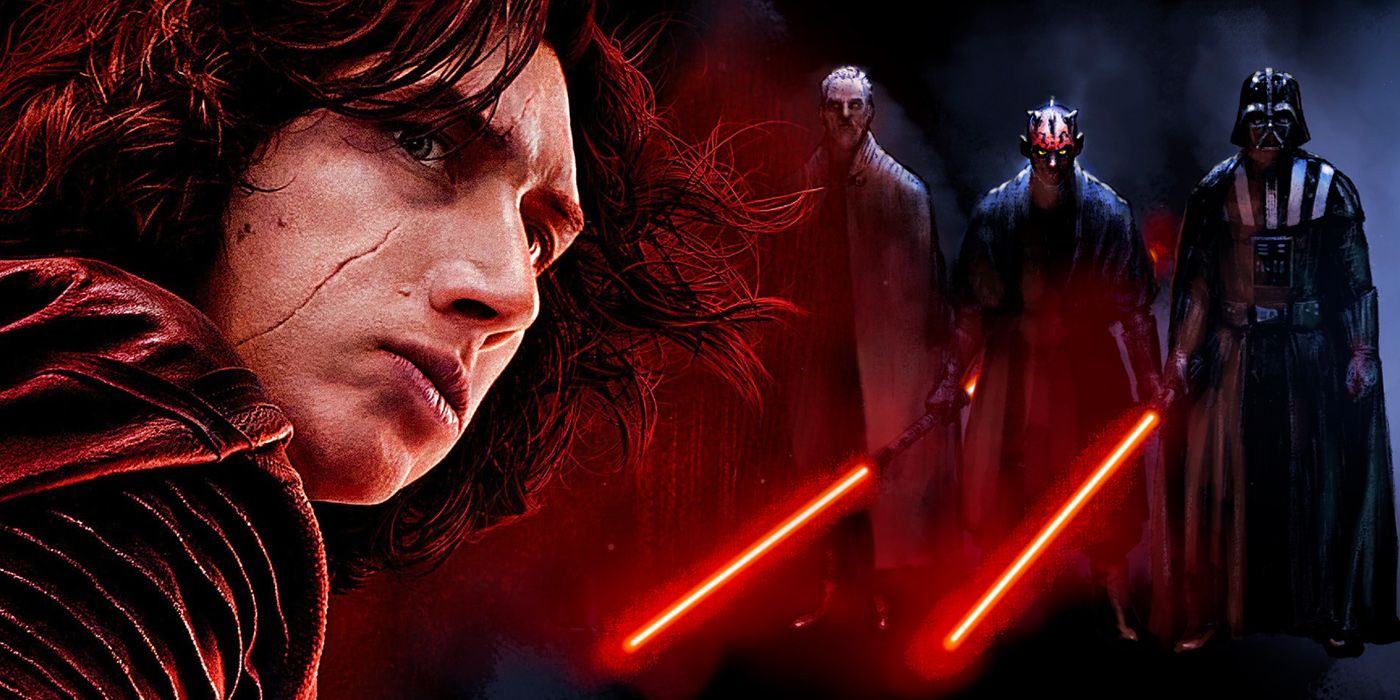 Thousands of years before the events of the Star Wars Skywalker saga, a group of fallen Jedi founded the Sith Order on Moraband. Although they started out as a Jedi faction, the Sith Order has a fundamentally different view of power and the galaxy than the Jedi. Using the corrupted power of the dark side instead of the Force, the Sith believed in dominating the galaxy from the shadows and forcing their absolute domination over all other beings. The Sith also developed the rule of two to keep order alive and reduce fighting. The rule of two created by Darth Bane kept the two Sith only as masters and apprentices, each trying to replace the other.

While the Sith and the Knights of Ren have radically different philosophies, the two have some things in common. Aside from the dark side of power, both organizations used similar weapons in some cases. The signature weapon of the Sith are the red-bladed lightsabers, which they made by corrupting kyber crystals with the dark side and making them “bleed”. While the Knights of Ren use a variety of looted weapons, their leader also uses a red-bladed lightsaber, although their weapons are generally different from Sith weapons. Ren, the earliest known leader, built a self-destruct mechanism into his weapon, and Kylo Ren modified his weapon with a crossguard to vent the excess energy from the unstable blade. 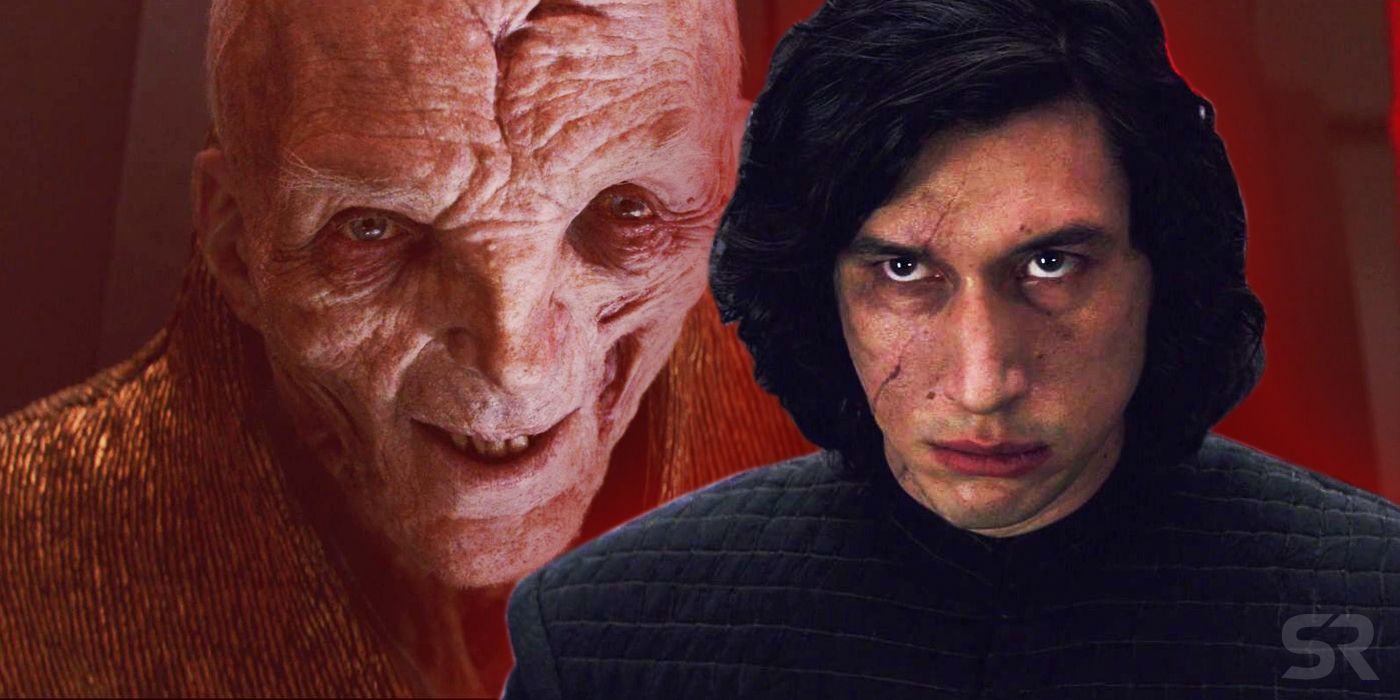 Two of the main villains of the Star Wars sequel trilogy, Snoke and Kylo Ren, are not Sith. Although Kylo Ren worshiped his Sith Lord grandfather, he never became a Sith himself. After leaving Luke’s revived Jedi Order, Ben Solo joined the Knights of Ren, eventually killing their leader, and taking his place as their new master, Kylo Ren. As a Knight of Ren, Kylo wore body armor and a terrifying mask that served multiple functions. The mask not only protected his head and indicated his knighthood, but also enabled Kylo to feel more like his grandfather and idol Darth Vader.

Snoke was officially not part of any dark side religion, Sith, Knights of Ren or anything. Snoke was an unaffiliated dark side user and the Supreme Leader of the First Order, despite mentoring Kylo Ren who served as his master of the dark side, which gave him some level of authority over the Knights of Ren. Snoke was ultimately created as a surrogate for Darth Sidious, so despite his free will and incredible strength on the dark side, Snoke was yet another tool of the Sith Order, and his betrayal by Kylo Ren perfectly followed the Sith Rule of Two.

What are volumetric bars? | NinjaTrader Blog

Newsmax apologizes and retires from reporting on the Dominion voting machine

Long-term investors should keep an eye on this SPAC stock

Xiaomi 12 Series: Everything We Know So Far (Updated: Dec 23)