The token of the MOBOX protocol is very hot. What about PYM?

MOBOX is a relatively new protocol that aims to combine the best features of Yield Farming Defi with gaming NFTs. As a result, the team will create a truly free-to-play and play-to-earn ecosystem. MOBOX uses the Binance Smart Chain. It also shows true NFT interoperability by combining cross-platform and cross-chain functionality for NFTs.

The company recently launched its native utility token, MBOX. Token holders can use it to process transactions via the NFT gaming platform. You can also take part in governance votes to determine how resources will be allocated and use coins on platform bonuses and incentives.

In addition, MOBOX MOMO NFTs offer their owners great advantages. Customers can, for example, use them in a smart contract to mint MBOX tokens, trade on the MOBOX NFT Marketplace or use them for all games on the MOBOX platform. The team shaped MOBOX MOMO NFTs with the unlocked blind boxes with KEYS. These NFTs are graded according to rarity.

The MOBOX platform got off to a fair start on April 6, 2021 (no pre-sale, no pre-seed and no pre-TVL). The team also announced that the total supply of MBOX tokens would be 1 billion. According to the company, the community will shape 51% of the tokens. In addition, 21% of the MBOX is reserved for community contributors, 8% for strategic partners and 20% for the team.

The team plans to release the MBOX token over five years. It will launch 400 million tokens in the first year and decrease the amount of coins released after each subsequent year. In addition, the company will contribute 80% of the platform fees to burn MBOX tokens with a unique smart contract.

What about the founders of the MOBOX protocol?

The MOBOX team is very experienced and efficient. Its members have been working in the Dapp area since 2018. In total, the team processed more than $ 4 billion through its Dapps. MOBOX has created communities all over the world. It has an international team. Their previous Dapp was the first gaming Dapp to be featured on Binance Launchpad. 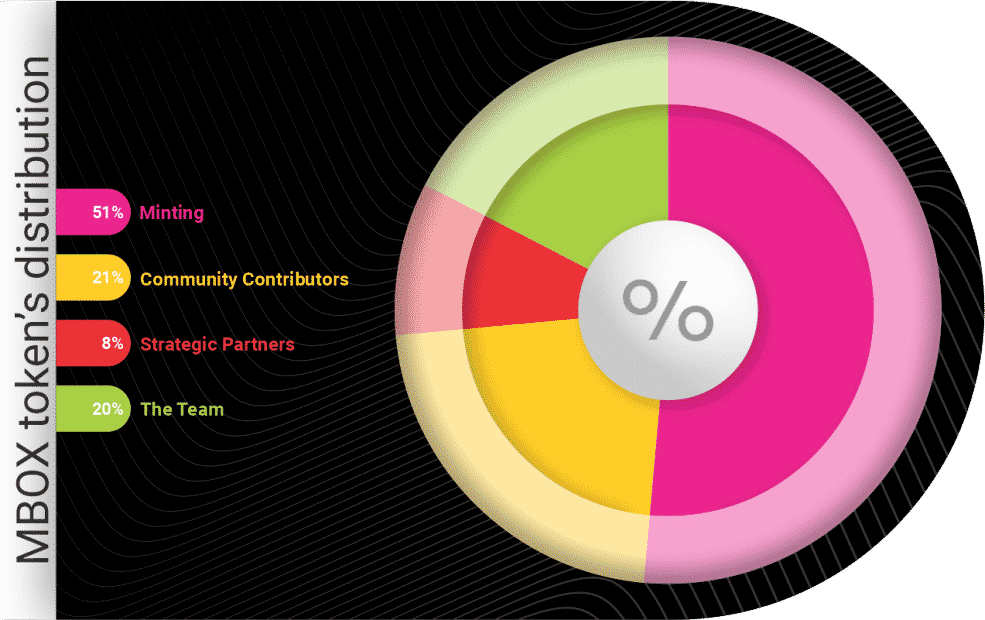 PYM tokens are also trendy. Why is this?

Traditional games have become well established over the past 30 years. However, the play-to-earn game began not that long ago. Even so, it managed to grow exponentially in terms of total active users and transactions. In some cases progress is slow. It took Bitcoin more than ten years to go mainstream. Still, Gamefi seems to be gaining traction faster than cryptocurrency. On top of that, it is driving the whole new community to become crypto users. The Playermon team wants to make a good game that is fun.

The Playermon team believes their project has great potential, especially given the huge demand for NFT games right now. They also take into account the founders and developers’ award-winning experience in the mobile game industry.

Additionally, this game introduces adorable, artistically crafted playermons that have the potential to become coveted NFT collectibles. The platform continues to focus heavily on tokenomics, burning, and game mechanics. It enables staking by the well-known blockchain developers in ASIA.

The game also offers many opportunities to earn and relax. The players can concentrate on socializing and measuring themselves against other players. The Playermon community brings together dedicated game developers and artists from around the world. The platform has also managed to garner support from strong consultants as well as partners from the other blockchain game communities.

The Playermon team values ​​the input from the community and tries to do what is best for the game. The founders created this platform for artists, gamers and content creators.

What is Playermon and how does it work?

The team’s vision was for Playermon to become the next leading play-to-earn NFT game in the defi gaming industry. A 10-year roadmap has been put in place that focuses on growth and long-term stability.

Playermon is a limitless NFT game to earn. Players can explore and fight the universe with Playermons – their favorite companions in space. This game is accessible to anyone with a low entry cost. In addition, it offers the opportunity to generate income based on “game form” and creativity. The project also aims to empower the Playermon community of gamers, creators and investors.

The project plans to initially offer a Tamagotchi-like experience. Users can play, feed, and bathe their playermons. In addition, the company will offer another game within the game that uses a turn-based card game system. All players must form a team with three playermons. If you place your playermons wisely, you can gain an advantage over your opponent. The winner will receive token rewards while the Playermons gain experience.

The team wants to provide a space where the players can express their creativity. Users can sell and shape their own design game assets on the Playermon marketplace. You can also use any game object with a unique design on its own planet as a decorative object. In addition, players will be able to own, design, and monetize their game content. Eventually, each planet will become a community-created mini-game platform.

What is the company’s goal?

Playermon aims to provide a fun, addicting, and sustainable gaming economy that focuses on proven tokenomics, as well as burning and gaming mechanisms. In addition, the company’s mission is to develop an NFT game that is highly interactive among players. Users will enjoy immersive storytelling that provides players with exciting experiences on the battlefields. They will be able to strategize and battle each other using their gaming skills; In addition, they have the opportunity to calmly colonize planets and harvest resources. The platform also allows for growing / creating new playermons with better statistics and unique features.

The team launched its native utility token on November 19, 2021. The PYM token is very high-ranking, trading for $ 0.038000 during the first coin offering. Playermon aims to raise $ 130,000 by selling its coins. However, PYM tokens offer their holders additional benefits.

The NFT play-to-earn has grown significantly in recent years, with the leading P2E companies hitting nearly $ 10 billion in market cap. Axie Infinity is the number one example of success in this area. It has a valuation of more than $ 7 billion, which has continued to rise since the coin was introduced a few years ago. Playermon plans to be just as successful.

The token of the Post-MOBOX protocol is very hot. What about PYM? first appeared on FinanceBrokerage.

My late mother’s will was signed under “suspicious circumstances”. My father looted $ 2 million from her estate – he now lives with...

Let augmented reality find the perfect glasses for us

SportsHandle: That was the week in US sports betting

The challenge star Ashley Cain’s baby is laid to rest

5 things you should know before the stock exchange opens on...

Coursera IPO: 5 Things You Should Know About Online Education Company