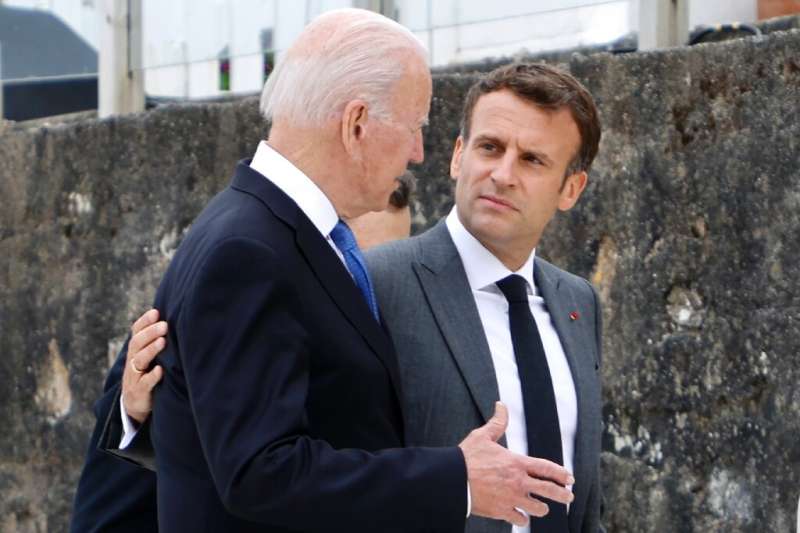 Despite efforts by Paris to postpone the meeting in retaliation for a US-Australia-UK pact, high-level talks will begin in the US city of Pittsburgh on Wednesday.

The EU and US will make a delicate attempt this week to deepen ties with technology regulation, but France is opposed to the project after a dispute with Washington over a submarine deal.

High-level talks will begin in the U.S. city of Pittsburgh on Wednesday, despite efforts by Paris to postpone the meeting in retaliation for a pact between the U.S., Australia and Britain – called AUKUS – on Canberra’s multi-billion dollar submarine contract scrapped from France.

The EU-US trade and technology council was set up after a summit in June to consider issues including trying to coordinate their strategies to regulate internet giants and defend democratic values.

The council came at the request of Europeans, who are looking for concrete signs of increased transatlantic cooperation after years of tension under ex-President Donald Trump, particularly in the trade area.

On the European side, the vice-presidents of the EU, Margrethe Vestager and Valdis Dombrovskis, will hold the talks.

Vestager, the EU technology policy chief, said the talks would seek to improve cooperation “in areas where there is a common sense of the values ​​of two great, old democracies”.

The rise of China was unspoken in their comments, with Washington urging its EU partners to join forces to isolate Beijing on the global stage.

On the other hand, there is resistance in Europe, where the powerful member states France and Germany do not blindly follow Washington’s increasing assertiveness.

The talks in Pittsburgh, a city in the rust belt that has turned into a technology hub, are just the first tranche of the Trade and Tech Council, with another round expected in the spring, Vestager said.

“No place in a democracy”

Dombrovskis, who is also the EU trade commissioner, warned that the new efforts are not an attempt to reach a trade deal.

The European Commission, which regulates trade policy for the EU’s 27 member states, has also failed to secure a smaller deal with Donald Trump that goes beyond a zero tariff pact for lobsters.

The discussions will be divided into 10 working groups on a variety of topics, with Vestager looking for common approaches to contain Big Brother – such as preventing excesses in artificial intelligence.

“We don’t think that these practices should have a home in a democracy,” she said. “I have a strong feeling that this is something that is really shared with Americans.”

Talks will take place as both sides argue over the steel and aluminum tariffs that Trump has imposed, which Biden has yet to remove.

Regarding the tariffs, Dombrovskis said: “We are working very seriously with the US and are also aware of the schedules that this problem should be resolved by December 1st.”

This document is subject to copyright. Except for fair trade for private study or research purposes, no part may be reproduced without written permission. The content is provided for informational purposes only.

Poll: What should the next Google Pixel product be?

Afghans are evacuated through WhatsApp, Google Forms, or other means

Trump supports Covid vaccines, but no mandates: “This thing will go...

Gods Unchained is a promising defi game. What about NGL?

Pixel 6 Pro was fully revealed via the UK retailer, camera...

Kim Kardashian keeps her California home after her divorce with husband...

US Cyber ​​Protection Rules for Pipelines

According to Morgan Stanley’s top US equity strategist, the rationale behind...