Are you trying to find the stone slates on Tsurumi Island in Genshin Impact? Tsurumi Island, a new location in Inazuma, featured in Genshin Impact 2.2. The island is surrounded by thick fog that can only be dispelled by completing the Seirai Stormchasters questline. There are hidden stone tablets all over the island – these tablets can be used to decipher texts in the Chirai Shrine and will reward you with experience and luxurious chests.

The new update also introduces new Genshin Impact hangout quests for Sayu and Thoma, a new Genshin Impact banner with Childe returning, and lots of updates to the Serenitea Pot. Thoma is the next Inazuman character to join the game – he will be accompanied by Hu Tao on their banner when the farewell to Snezhnaya ends.

Some players have problems with certain items that do not appear on the island. In this case it is recommended to restart Genshin Impact and that should fix the problem. Make sure you have completed the Octave of the Maushiro quest as you will need the special Pinion gadget to proceed. It’s also worth noting that you don’t have to collect the stone tablets in any particular order.

the first stone slate is located in Chirai shrine. Go to the center and look out for purple stones. Use your peculiar pinion to activate the stones, then climb the platform with a floating purple crystal. Once you find another purple stone, use the peculiar pinion and find the glowing cube. Activate the cube and immediately climb the rock behind to see the symbols as they appear on the ground. Make a note of the order in which they appear and go back to the center where the first stones appeared. Hit the icons in the order they appeared to spawn the exquisite chest containing 5000 mora and a stone tablet. 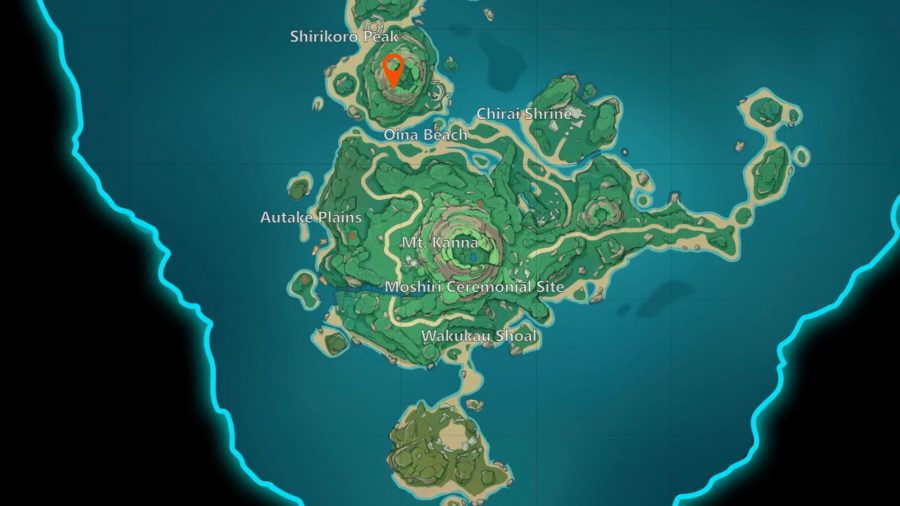 the second stone slate can be found on Shirikoko Summit. Use the waypoint to get into the area, then drop the big hole in the middle. Several stones and a bird statue are lined up on the south walls. Activate the peculiar pinion next to these stones, turn around and go forward to find another bird statue. The third and final bird statue is to the west – use the peculiar pinion to reveal the symbols on the walls. Hit the stones in the same order as the symbols to reveal the next chest. 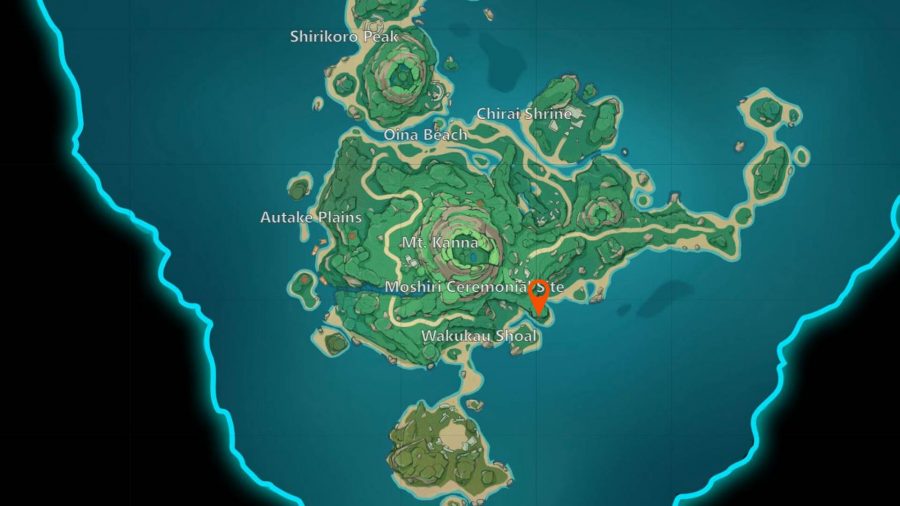 Make your way to the cliff edge north of Wakukau Shoal to find them third stone slate. There should be a bird statue nearby with lots of stones. The peculiar pinion draws a purple line from the statue to the stones – follow the line and slide right under the cliff to find the Wakukau Shoal. Summon the Electrogranum to reveal a shared chest and an electric ball that will slide you to the edge of the cliff. Use the peculiar pinion near the bird statue to display icons on the wall and go back up with the electric ball. Hit the bricks in the same order you saw on the wall to claim the chest. 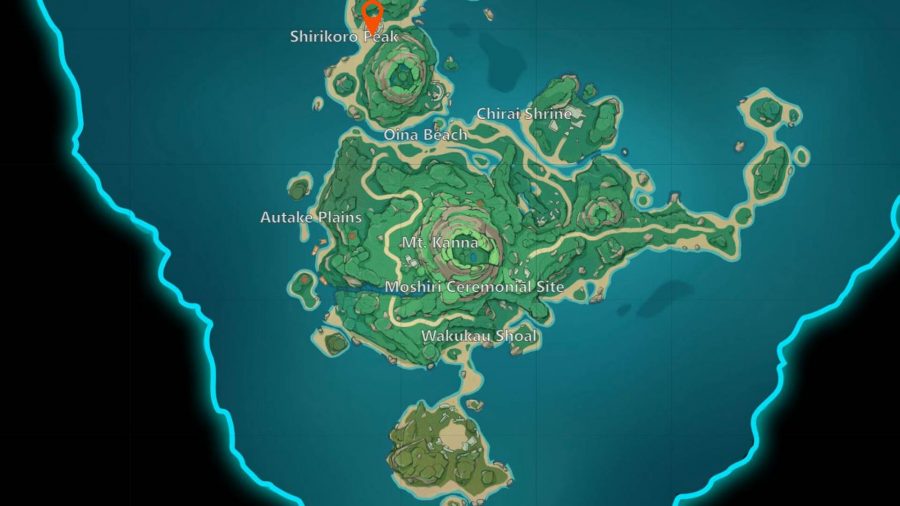 On the map you will find a circle in the direction north of Shirikoro Summit – Make your way to this area to claim the fourth slate stone. In the middle of the circle you should find a bird statue surrounded by various stones. The stones can be moved as soon as you activate the strange pinion. To complete the puzzle you need to match the stones in the order in which the symbols appear just outside the circle. As soon as the stones are in the right place, the exquisite chest appears next to the bird statue with the fourth stone slate. 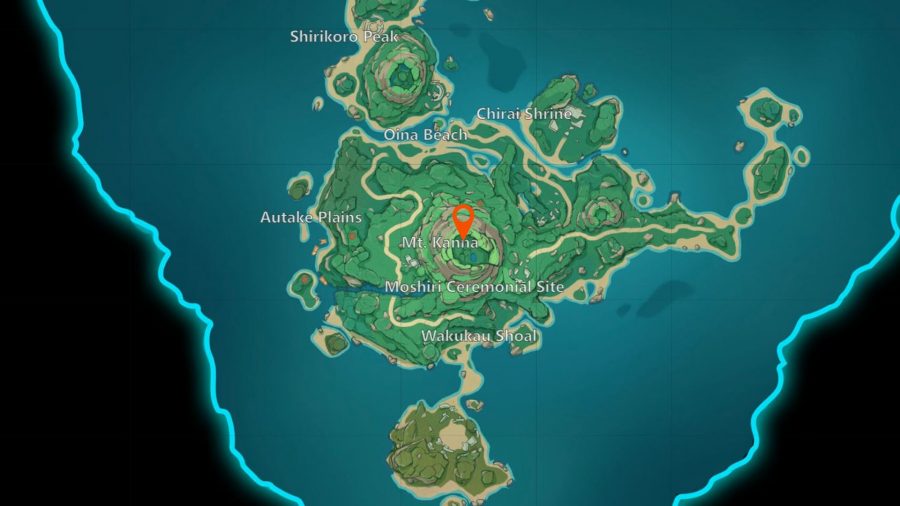 the fifth stone slate can be found at Mt Kanna – Go north of the center to find the glowing purple bird statue slightly hidden under a sloping rock. Select the peculiar pinion and follow the Electro Seelies that appear around the bird statue – they will take you to the locations of mysterious stones. Once you have collected all three, interact with the Ishine script using a mysterious stone – this shows symbols on the wall in front of stones that are now lit. Hit the stones in the order they appear on the wall to reveal the chest and stone tablet. 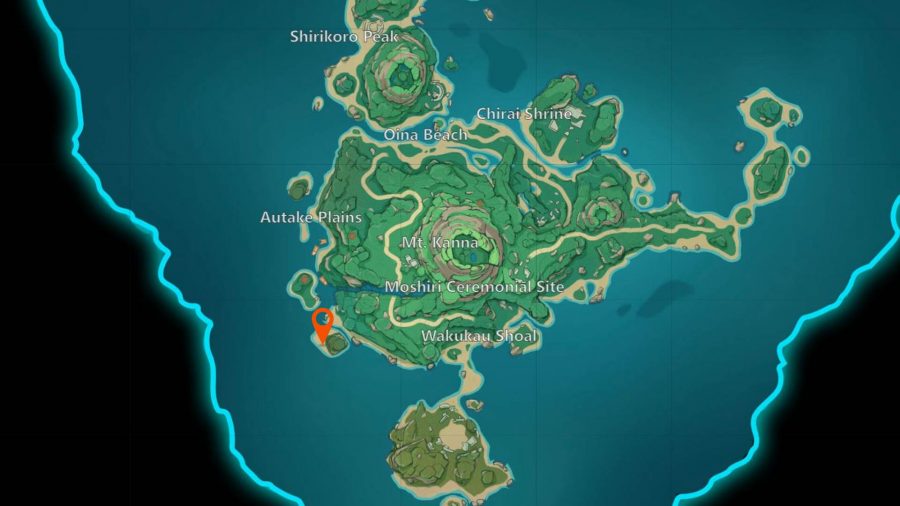 the sixth stone slate is on a small island west of Wakukau Shoal. As with the other stone sliding puzzles, you have to match the stones with the symbols on the floor. Once the stones are in place, the exquisite chest will appear next to the bird statue. 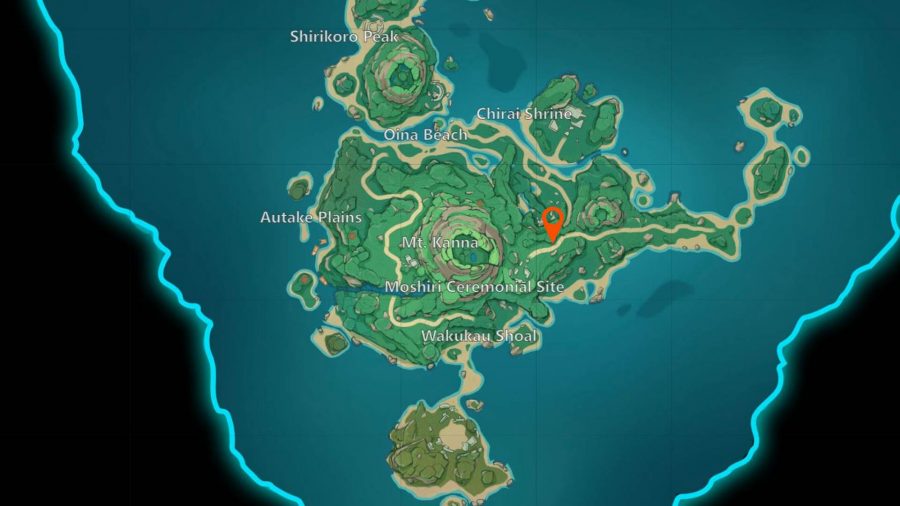 For the seventh stone slate, Head north of the ceremonial site of Moshiri Drop off the waypoint onto the ledge and you will see six bird statues. Pay attention to the order of the bird statues and interact with them until all stones light up – hit each stone in the order in which the bird statues appear.

How to solve the stone slate puzzles on the island of Tsurumi. For more chests, see all the locations of the Genshin Impact Shrine of Depths here.

When Mila Kunis & Ashton Kutcher trolled a tabloid that reported...

Trump responds to claims that General Milley feared a coup –...

Donald Trump wants to bypass his Facebook ban by appearing on...

4X game Humankind receives a free demo with 100 rounds and...

Beat the Beat Up is a new VR action title for...