It has been six years since The Great Ace Attorney – known as Dai Gyakuten Saiban: Naruhodō Ryūnosuke no Bōken – was published in Japan, and during that time the game, although fan-translated, was never released in the West. Lots of people speculated about the reason: it’s hard to locate, it depends on the player having basic Japanese historical and cultural knowledge and just plain old copyright issues sticking the works together.

But now we finally have the prequel to Phoenix Wright’s adventures and we have the answers: It was all of these things and more. The question is, did Ace Attorney’s localization team, some of the best in the business, make it through all of these difficulties?

“There’s a Pret A Manger … on every corner … London is amazing!” (Image: Capcom)

The Great Ace Attorney has no problem picking up where Spirit of Justice left off, with 3D modeled characters, fully animated intros, and incredibly detailed backgrounds. The little peculiarities of each character have an undeniable charm, especially the new protagonist (and ancestor of our old buddy Phoenix Wright) Ryunosuke Naruhodo, whose nervousness, ineptitude, and general awkwardness are constantly slipping down through his flashing eyes and oversized legal armband.

Ryunosuke is instantly personable and quickly dispels any worries we had about how this newbie Phoenix and Apollo we’d known for years would resist. His Mayan-equivalent pal Susato is a fiery, traditional, and incredibly knowledgeable teenager, but her characterization has been a little shallow so far compared to Ryunosuke. If anything, she feels a little too close to Maya, even though she doesn’t seem to be related. However, Kazuma, Ryunosuke’s best friend, is the overqualified but friendly guide to help you figure out the basics and he is very cute.

“Law studies” must have been the old-fashioned version of “computer science”. These newfangled careers will get you nowhere.

Anyone who loves the series will be hoping for the return of some popular features and tropes: terrifying pun names, larger-than-life characters, intrigue and mystery, and lots of twists and turns worthy of an Agatha Christie novel. We’re happy to announce that all of these standards are in place by Ace Attorney, though the pun names occasionally take a back seat to Sherlock Holmes references, which are a little more obscure. 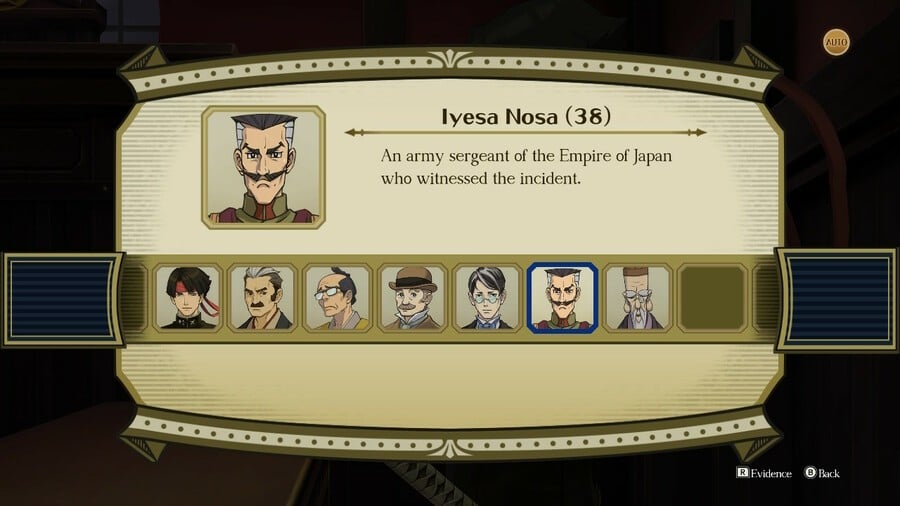 It’s a play on words. Took us a while, but it’s definitely a pun (Image: Capcom)

Ace Attorney games usually add new gimmick mechanic to the mix as well, and The Great Ace Attorney is no different – except, perhaps, in the fact that it adds several new mechanics, mostly explained by saying that “that’s how things go in England to be made that way. “where Ryunosuke finds himself after the first couple of cases. There’s the jury, who decides by pounding fireballs into a hilariously sized version of the scales of justice, and – much like in Professor Layton vs. Phoenix Wright: Ace Attorney, from which this game is strongly inspired – the witnesses now take the standing several at the same time.

British dishes are MUCH wider than Japanese.

If you crammed the court with British criminals, witnesses and members of the jury, in addition to the usual “press” you have the opportunity to pit your statements and thoughts against one another and to point out when a witness replies to someone else’s testimony. and “present”. During the investigation phase, Ryunosuke is also accompanied by Herlock Sholmes, a legally independent detective whose character lies somewhere between an excited but eccentric university professor and a cocker spaniel. He’s awesome, but Ryunosuke’s job will be to curb Sholmes and correct his overzealous prints. 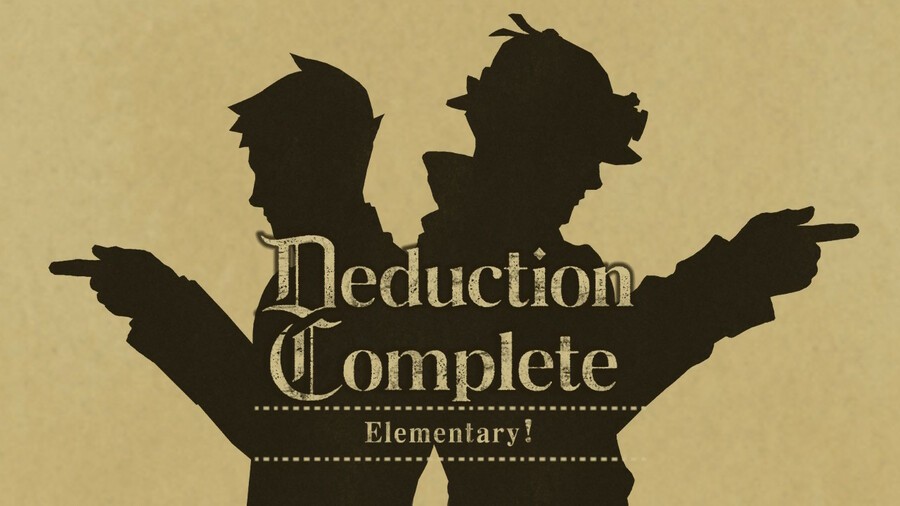 Professor Layton would be so proud of us (Image: Capcom)

Overall, The Great Ace Attorney has two main mistakes so far (we played up to case three in the first game). One is that there is a lot of learning required from the player, both mechanically and historically. New ideas and old facts crowd and vie for the player’s attention and understanding in the first three cases, occasionally leading to a feeling of overwhelmed and exhausted. It feels like a long, handy tutorial that takes away from the really interesting and exciting cases.

The second mistake is less of a mistake in the game itself than in the audience. The Great Ace Attorney relies on the knowledge of its players more than ever, and that can often create a gap between its writings and Western players who are not quite as aware of Japanese history and culture.

On the other hand, the UK references are pretty fun too

Ace Attorney has always been set in a semi-fictional, semi-ahistorical world where characters talk almost as much about magical panties and samurai robots as they solve crimes, and everyone is very vague about whether they live in Japan or the United States . That’s not to say that there weren’t some very serious cases and issues, but they were often limited to personal relationships and one-offs – but The Great Ace Attorney is much more sophisticated about the setting, and that brings with it a change of tone .

The Great Ace Attorney relies heavily on the relations between Japan and Britain in the Meiji and Victorian eras. Britain, at the top of the British Empire, is portrayed (fairly fairly) as a haughty, imperialist, holier country that, despite its advanced technology and legal system, is very backward with people, especially the lower classes and foreigners. Japan is portrayed as a country sunk in traditionalism and looking to Britain for a paternalistic direction and as a result, the Japanese characters are treated with contempt by the British with a lot of casual racism. 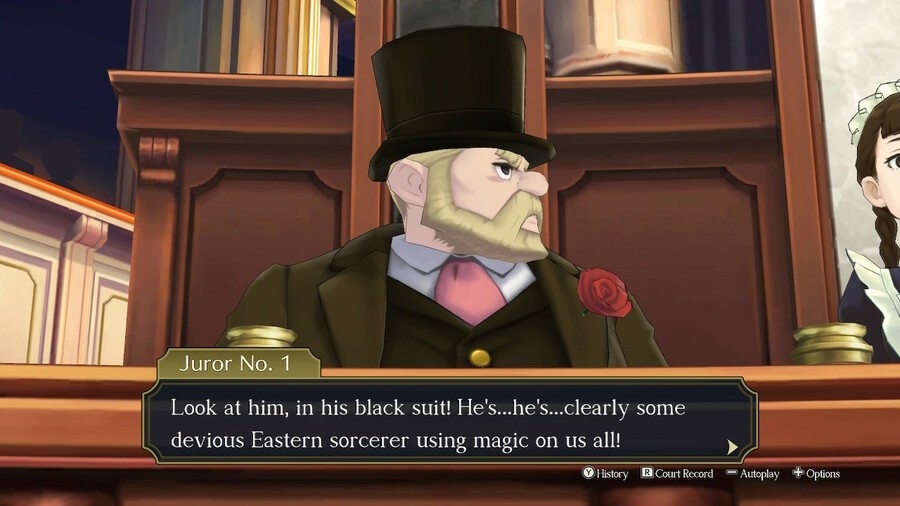 There’s quite a lot of that, and this example is a pretty tame one (Image: Capcom)

It’s incredible that such an honest, raw portrayal of things made it into an Ace Attorney game in the late 19th century, but the racism and abuse of the characters make for many glaring and harrowing moments.

However, after what we’ve played, we’re excited about this new, but actually six year old, direction that Ace Attorney is heading in. What started as a series that was lightly critical of the Japanese legal system but was mostly about solving murders and becoming friends with Edgeworth has grown into a series that is not afraid to make bold statements about geopolitical intrigue – a subject which has been on the agenda at least since Ace Attorney Investigations: Miles Edgeworth. 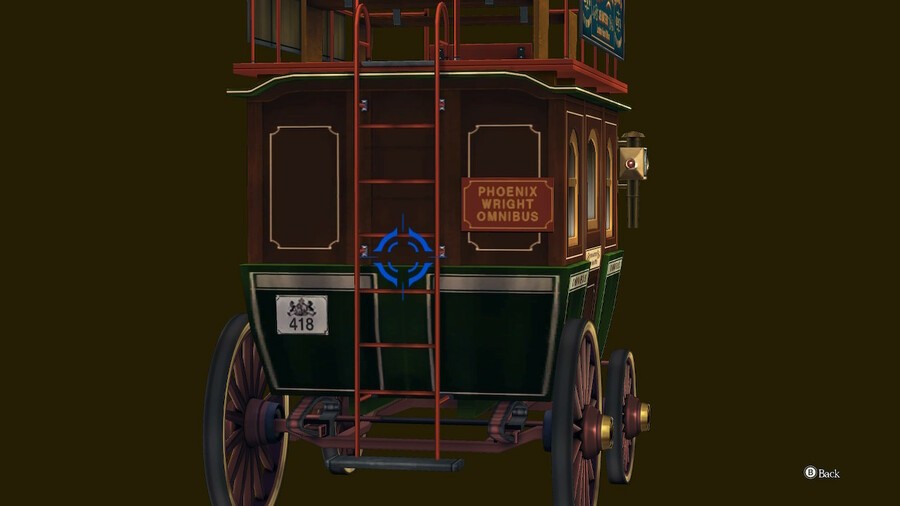 What remains to be seen as it continues to play is whether a game that relies quite heavily on the knowledge of its Japanese audience about its history can ever really be localized to offer western gamers the full spectrum of events.

The Great Ace Attorney is beautifully rendered, lovingly created, and masterfully written – but sometimes it feels like watching a movie with subtitles. Despite being brilliantly localized, that distance threatens to discourage western gamers from fully appreciating the themes and politics of the game.

The Great Ace Attorney Chronicles, with two games – Adventures and Resolve – is out on July 27, 2021.

Why does it make sense to buy Coinbase shares?

Another Eden: The Cat Beyond Time and Space JRPG launches on...

Conservative Perspectives on Developing the Health Insurance Agenda in the Biden...

By chance: someone 3D printed their own Crash Bandicoot Smash Bros....

Vin Diesel Family Memes are everywhere! From Marvel, DC to...

Fallout: London looks like one of the most impressive Fallout mods...