The Soapbox features allow our individual writers to express their own opinions on current topics that may not necessarily be the voice of the site. After arguing a March 31 defense yesterday, Kate decides to move on to another hot topic: Why is Nintendo so focused on making old games new?

Do you remember a few years ago when every single film was a remake or sequel to an 80s classic? Do you remember how stressful it was for people who had little nostalgia this decade? Maybe not – last year turned time to beige mud, so we’re not even sure we remember our zip code anymore, but it’s been a tough time. Some of us wanted new films. Innovation. Creativity. Instead we have Ghost hunters (but women!), Blade runner (but Deckard is old!) and Prometheus (but it totally misses the point of extraterrestrial Series!).

It’s okay though – now we just get horrific live-action remakes of Disney movies and ten thousand Marvel movies and TV shows to keep up with if you want to understand the nuances of the next one. Sigh. If this is an old man’s grumpy hill I’m going to die on, so be it. I want Hollywood to invest a billion dollars in something new.

All on board the sullen train, because we’re going to Complainsville, people: me.

No progress is made by looking back and trying to recreate our childhood through hazy pink glasses. God knows we’d all rather go back to our relatively peaceful, uncomplicated childhoods, but they were peaceful and uncomplicated because we were kids and didn’t realize that the world was still full of war, politics, and misery. Experience something new all the time The goonies won’t bring us back to our flashing childhood years. 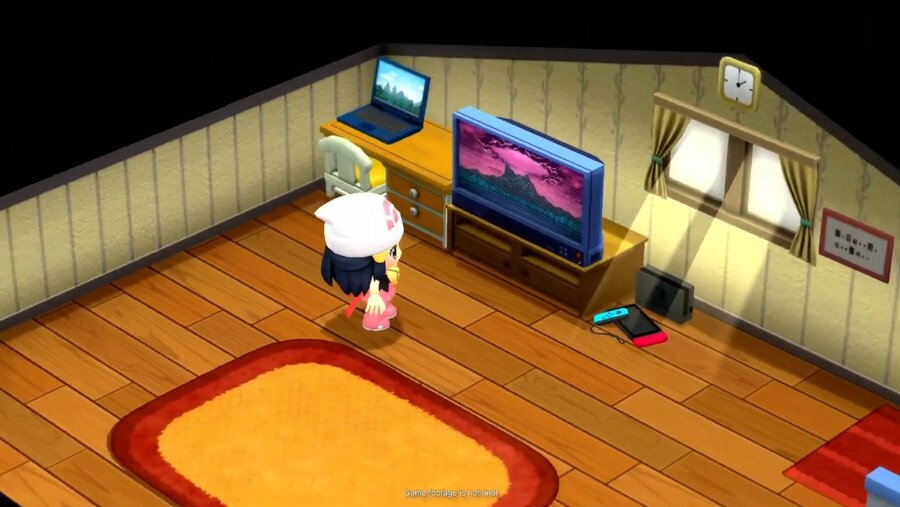 Likewise, the constant migration of sequels, remakes, and ports of old games is getting a little exhausting for my money. (I know I fought for a Pullblox sequel recently, but I have a multitude, okay?) A remake or sequel is usually an easy win for a publisher: the code base, outline, and story are already in place, hence it is undoubtedly easier to rely on something that has already been made than to build something from scratch. Of course, there are expectations to be met, and rarely does a sequel or remake actually come true – there is always an artistic or mechanical choice that infuriates and disappoints fans, like the new Pokémon Diamond and Pearl Chibis, but people will the games buy anyway So what does it matter?

I’m going to get a really grumpy old man here, but sometimes I feel like modern Nintendo is scared of the really big risks. Lately – at least for the last few years – Nintendo’s new IPs (intellectual property – in short, new ideas, new series, and generally just brand new games) have been about showcasing their latest tech or experimenting with new technology. 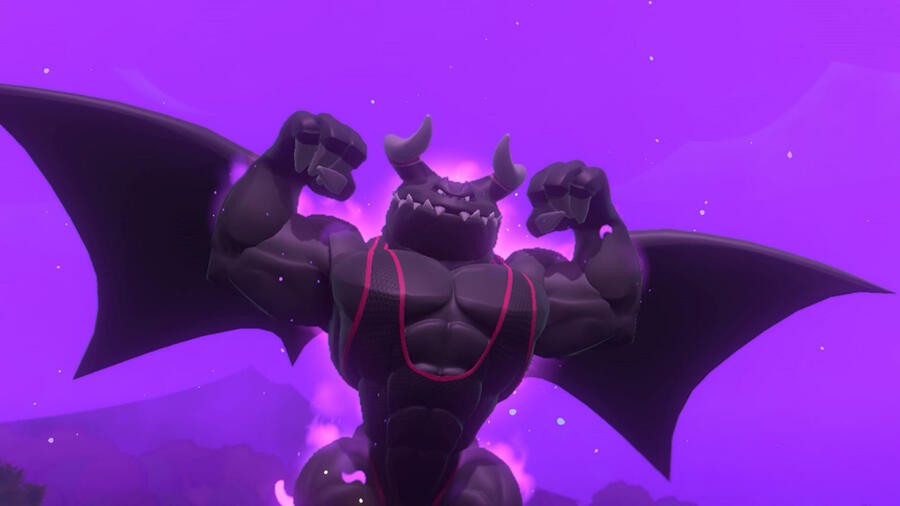 When will Dragaux get his own amiibo? Hmmm?

I might be wrong here, but I think Ring Fit Adventure is Nintendo’s last first-party game that was actually brand new. Before it was ARMS; before that Splatoon. There’s also Nintendo Labo if you want to broaden the definition of “game” and 1-2-Switch, which was little more than a fun tech demo for Switch’s under-used HD rumble. All great games but hardly any all-timers (except for Splatoon which is already producing sequels) and most of them involve the Joy-Cons in large measure and demonstrate what the Switch is capable of.

I know, I know. It’s boring to complain that Nintendo isn’t giving me what I want. I warned you that I was in my grumpiest old man state, and I promise I’ll be back to praising another obscure DS game in no time. But I don’t want to relive my childhood endlessly with polished remakes. I’d prefer to be able to access my past games without paying £ 100 for a boxless copy of a GameCube game from eBay. I want the technology to last longer than a single generation of consoles. I don’t want to be asked to upgrade and upgrade and upgrade before I’m ready to proceed. 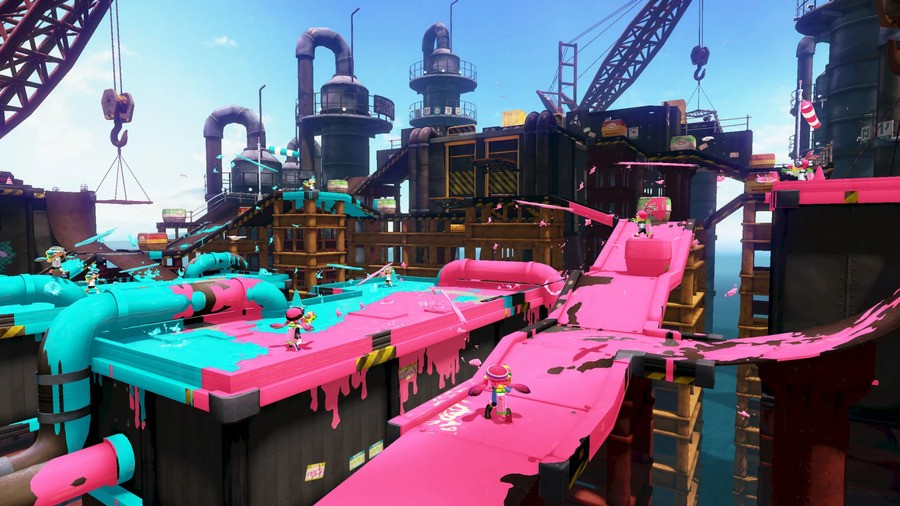 Splatoon was a big case of “Trust the Process”

Above all, I want new experiences, risks and leaps in faith that may seem terrifying at first, but pay off in the end. Nintendo fans (myself included, hi) are notoriously hard to please, and there’s always the risk of an entirely new series causing trouble like never before – Splatoon seemed weird at first, didn’t it? A shooter from Nintendo? No thanks – but we all know they’ll make it.

The moment when a company gets stuck from “throwing things on the wall and seeing what’s stuck” to “- let’s do it over and over, now we know it always sticks” is inevitable because that’s how companies work. You have investors and shareholders to please, and risk doesn’t bring the money. Mario, Zelda and the like get the big bucks because they have proven to be lucrative; smaller games like Pikmin are being postponed and occasionally exterminated to please cult followers. It just makes sense. 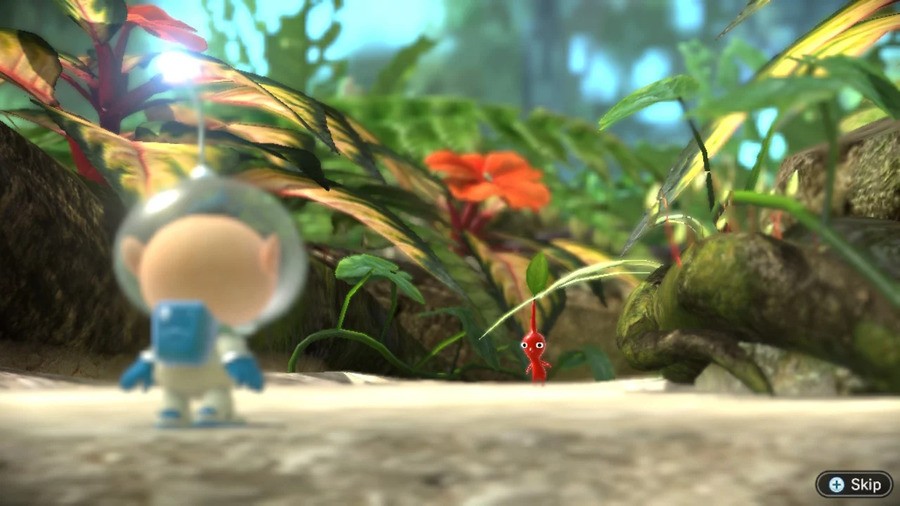 Asking about new, risky things without having an idea of ​​what we actually want and no guarantee that we would actually buy them is like asking Google to put millions in a new line of nuclear-powered or tricycles affordable moon trips to invest. Sure, they have the money, the talent, and the connections to do it – but why leave your comfort zone when things are going well?

We now live in a world of extremes where most things are judged excellent or terrible by the masses and everything in between is stepped back into the halls of “meh” and forgotten forever. Why risk a “meh” when you can guarantee an “excellent”? Even Zelda’s worst major title isn’t going to go below 9/10 these days, and even if the test of time ultimately sees it as a bit dumb – like Skyward Sword – it will still sell for being a Zelda. 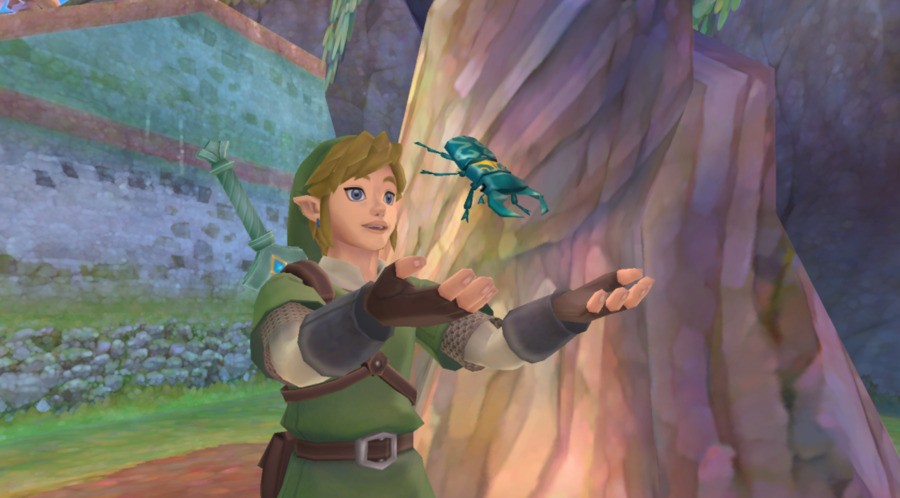 A face that only a mother can love. Except that he doesn’t have one

When the last few years are over, we can probably expect a new Nintendo idea soon, maybe when all of the Zelda / Mario anniversary material has worn off a bit. But until then, it’s sequels and remakes, sequels and remakes up to the bank. I will still buy them. Of course I will. I’m a sucker for Nintendo’s work, and I’ll point out that none of these sequels or remakes are ever bad. They’re just not new – and I don’t want to get stuck in a world where we keep bringing the same five games and movies into our lives as one game Ready player one-flavored porridge.

In the meantime, I will be looking to India to get a grip on the weird and wonderful, and hope that someone will find it right to one day give them a billion dollar budget. A girl can dream.

Nintendo’s digital deals sale is live now, up to 75% off hundreds of Switch games

Large asteroid is slated to pass Earth on March 21, NASA...

Verifying the facts Psaki’s claim that there have been no recent...

Experience Fayetteville and present the 2021 OZ Trails US Pro Cup...

You can now get a Platinum and Gold Point Coin Pin...